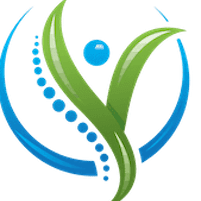 About eight million people in the United States experience PTSD (post-traumatic stress disorder). Find relief from the long-lasting, disruptive symptoms of PTSD with ketamine infusion therapy offered at Scottsdale Ketamine Clinic. Call the Scottsdale, Arizona, office today or use the online tool to schedule an appointment. Find out how ketamine therapy can help ease your PTSD struggles.

Post-traumatic stress disorder develops after you live through trauma, like a personal assault, military combat, or an active-shooter incident. While it’s normal to experience extreme emotions after a trauma, most of the time, these feelings ease over time.

With PTSD, your symptoms will continue and can become more severe with time.

The symptoms of PTSD show up in four distinct ways:

People with PTSD often have flashbacks and nightmares that make them feel like they’re reliving the trauma.

PTSD can cause you to avoid people or places that trigger unpleasant memories. This can interfere with your day-to-day activities and ability to function normally.

PTSD can cause people to be easily startled or to have frequent angry outbursts. This can interfere with sleep and the ability to concentrate.

PTSD is caused by a traumatic event that triggers changes in the brain and how it functions. Researchers aren’t sure why some people develop PTSD after trauma. They believe that changes happen in certain parts of the brain that deal with memory and emotions.

People with PTSD also have higher levels of the stress hormones cortisol and norepinephrine.

Many PTSD triggers are things that happen every day, which is why it’s important to seek treatment for the condition. Treatment can manage your reactions and allow you to live a normal life.

How do ketamine infusions help PTSD?

A part of your brain called the cerebral cortex is responsible for some of the thought processes that happen during and after a trauma. It’s the cerebral cortex that’s affected by PTSD. Certain synapses (the transfer points between nerves) within this area of the brain fail to function properly when you have PTSD.

Ketamine stimulates your brain to release a neurotransmitter called glutamate. Glutamate can help improve the function and growth of these synapses.

Ketamine therapy has been shown to reduce the rates of suicide in people with PTSD. It’s often most effective in treating military combat veterans and people with additional conditions like depression. Depression is common in PTSD sufferers. It affects nearly twice as many women as men.

For more information about how ketamine therapy can help with PTSD, call Scottsdale Ketamine Clinic today to set up an appointment or use the online tool to book.